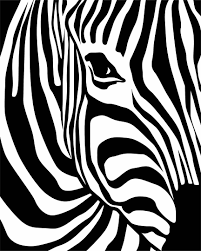 How I found out I was a Zebra

When done with my treatment from the Non-HOCKEY Lymphoma, it was now time to search for answers in regards to my immunity arm being completely out of whack! I would have never known it was out of whack if it wasn't for a cousin who happens to be a Pulmonary Expert in PA at Temple University Hospitals. He is my mom's first cousins husband and a HUGE support during my cancer diagnosis.

I was referred to an Allergist/Immunologist in good ole' Las Vegas, Nevada. We will call him Dr. S. Although not my typical choice of a physician, there was not much to choose from. My OB/GYN who had delivered both Sydney and Halle advised me that I probably wouldn't like his bedside manners which was very true. Dr. Zority and I shared a very close patient/doctor relationship over the years. He was my biggest help through my cancer dx and my CVID. He always made himself available to me. He was from Hungary. We both had shitty marriages and would often compare notes (lol) Any woman would be lucky to be his wife. He is an extremely caring man. Testing was put in place and from May of 2007 Until my diagnosis in September 2007 that's exactly what I did. Lots of medical tests were ordered, I was used to this by now. As long as they weren't asking for my damn bone marrow, they could test me all they wanted. While testing, it was brought to the attention of Dr. Z that my CA-125 was elevated. This can be (but doesn't have to be) an indication of ovarian cancer. He immediately ordered an ultrasound of those bad boys. Low and behold incidental findings are the absolute fucking worse. He explained to me that I had calcification within my ovaries and that I had 2 options, 1. watch it or 2. yank them. I opted for the 2nd choice. The only definitive way to know for sure was to biopsy the inside portion of the ovary. This forced me to put all testing on hold. I know that Ovarian cancer is deadly and I wasn't about to screw around. So 6 weeks off due to the ever so fabulous "incidental findings". Once I completed my Hysterectomy recovery, and knowing my biopsy came back benign, It was time to complete my series of tests with Dr. S.  I received the diagnosis of Common Variable Immune Deficiency or CVID for short. The diagnosis came after failing to make antibodies from a Pneumonia Vax which was the last test after a plethora of others. What did this mean? In short it meant that my bone marrow which is where "B" Cells are made happen to be faulty. My bone marrow does not make the antibodies needed to fight off infection. A second opinion you ask out loud to yourself - ABSOEFFINGLOUTELY without question. The next step would be to learn about treatment options.  I was offered IVIG - in a hospital setting monthly or SubQ which is subcutaneous (just under the skin)  weekly at home. I chose to learn to do it myself.  I had my girls to care for.  Halle was only 2 and Sydney was now 10. Denise came over that first time the nurse came to teach me. She was and still is (even though we are miles apart) the best and most support ever (besides my brassiere.) To this day, I don't know how I could have done this without her. Even though I was married, I was still a single parent. Those of you who have traveled through this chapter with me understand my statement.

As I entered my 4th decade of life, I finally found the answer as to why I was born sick. It only took 39 years to confirm that my Immune System was faulty AF. #BORNTHISWAY! Never stop being an advocate for yourself,  Once you do, you're doomed.

My new weekly visit with an injectable

My PAIN is back with a vengeance :(

This is an update by Dr. Sullivan who is on the board at the IDF

Sharing this case-study for my fellow Zeebs!

Showing you my supplies and describing my SCIG infusion.

Accredo - What is that?

Ordering and Re-ordering my HIZENTRA

CEO of CSL Behring to the Hizentra Community

Just sharing an email with super information inside.