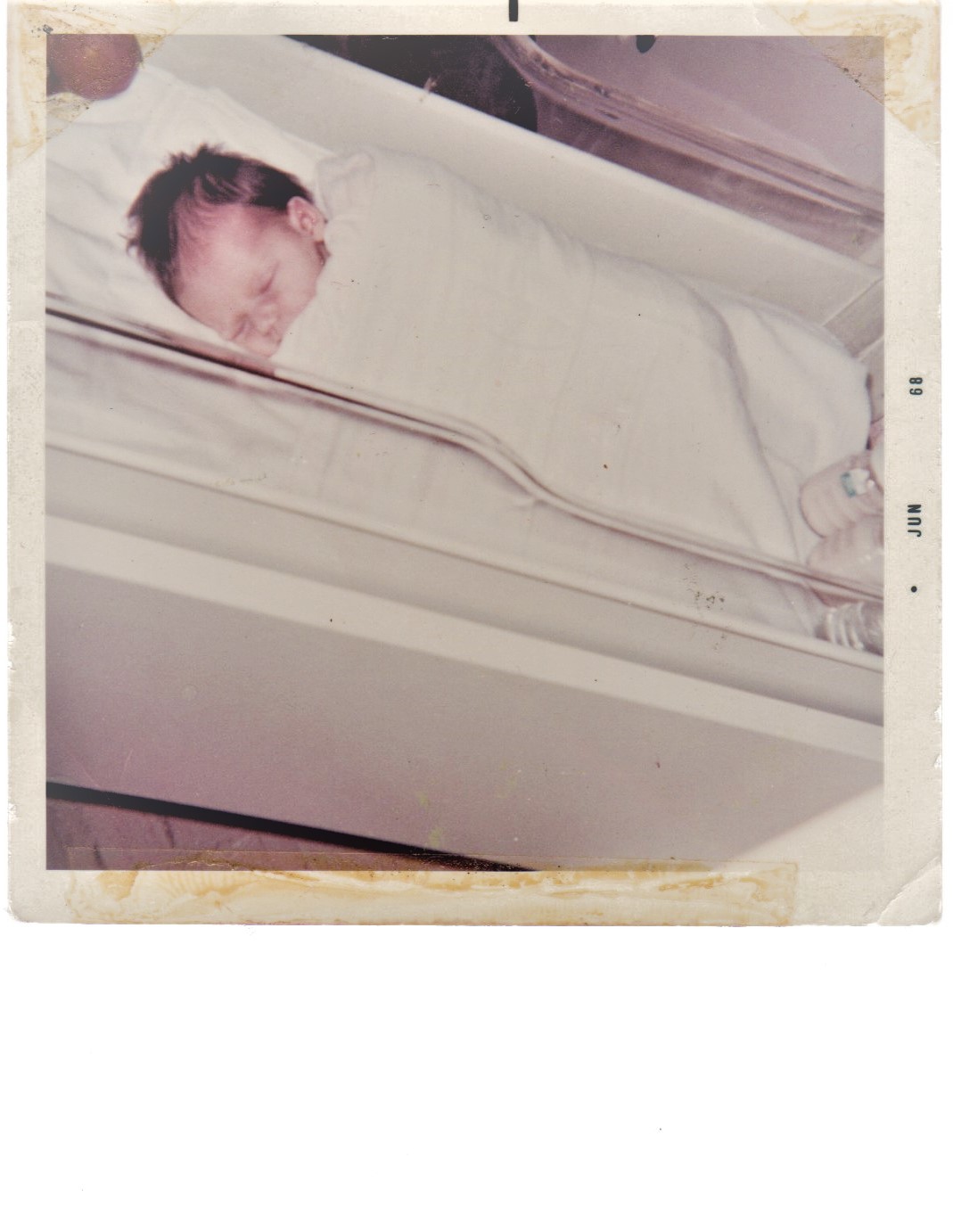 I was born on June 12, 1968 in Panorama City, California. My given name (probably because of the Beatles song) Michelle Lynn Ostroff with my Hebrew name being Michal. My mother was in Labor for a short time with a pack of Marlboro Reds on her hospital tray. I wonder if she was smoking and puffing away when her labor progressed? I know my beloved most fabulous maternal grandparents Mildred & Samuel Pugatsky (later changed to) Paige were there and I also know that My father was so disappointed and began boxing with the bushes (outside the hospital) when I was born. He so badly wanted me to be a boy. My Grandmother went down to yell at him to stop. Lee-a-Leh (that was her nickname for him) Be happy that you had a healthy and beautiful little girl (yeah right) little did we know at the time, I was born sick. Just thinking about the sight of him boxing with the bushes makes me giggle and laugh. Something ELROCKA would do.

Being that Dad was a welterweight champion fighter, he was named Rocky El-Monte circa 1940s. He was born and raised in East Los Angeles. Born to Mary and Willie Ostroff on August 22, 1929. I was named after Mary whom I never met. My paternal grandparents were divorced believe it or not (unheard of back then) Dad was the youngest of 3 boys and TBH I didn’t get to know my uncle’s well. My Dad was considered a BADASS especially as a teen in high school on the streets of East Los Angeles namely Boyle Heights. He attended the ever so famous Roosevelt High School. Back in the day, Boyle Heights, you were either a Jew of Russian descent or of Mexican descent. My father was a Russian Jew who spoke street Spanish fluently and had a love for Mexican Food as where my love for Mexican food probably came from.

My father’s birth name was Leon Morris Ostroff. Although not close to his brothers in my lifetime, he did feel very close to some of his extended family wholeheartedly especially his Aunt Sophie and her immediate family as well as his cousins. His closest relatives both living and those that have passed have told me that my father would have all of the prettiest women congregate around him because of his handsomeness and when the men would see him they’d cross the street to get out of his way. He and my most special mother met circa 1962. Their courtship lasted until their wedding on January 11, 1964. They were married at Sinai Temple in Los Angeles, California which is a very lively congregation as I journal. I have close friends who continue to be members and the Rabbi of that Synagogue worked at my Synagogue, Adat Ari El (more about that later)
‍
My love to all ~M
04/02/2020

A Day I will always remember and will never forget

Just for you Momma! Loved and Missed INFINITY

I felt as if Momma needed her own day! That's how EXCEPTIONAL she was!