My Mother, My Forever Friend! 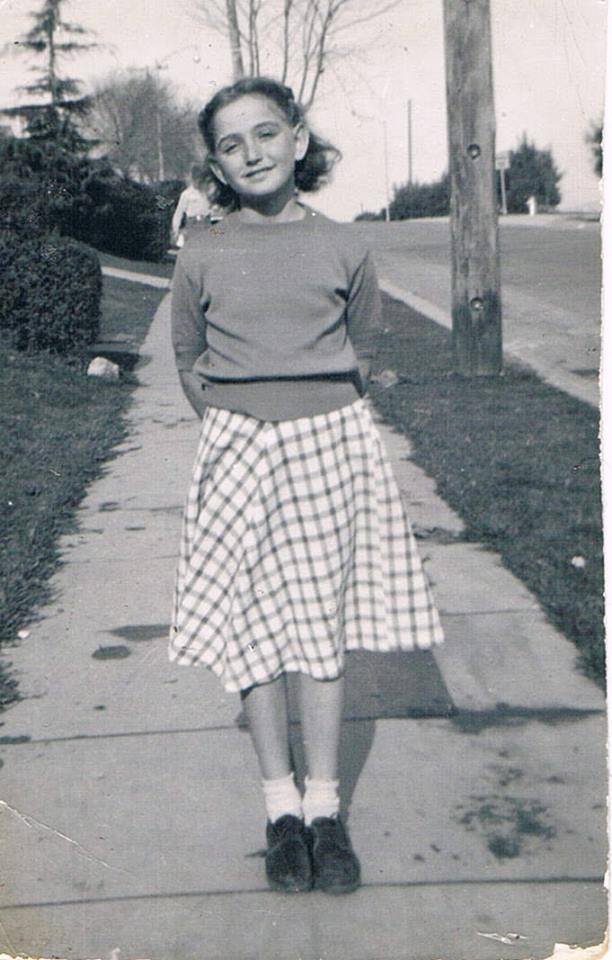 My Mother deserves her own getting to know me Paige (No pun intended) on her day. She was born on February 17, 1940. Had she lived, she would have just celebrated her 80th birthday. My biggest regret in life is that she didn’t get to. She was named Linda Pugatsky at birth. They ended up changing their name to Paige which is something I will probably never understand about my grandparents. Recently I was told that there were other Pugatsky’s that had changed their name to Paige and for some reason my Grandfather followed. My mother was born at Woman’s Hospital in Philadelphia, PA. They lived there for a portion of her childhood and some unknown reason to me, they decided to sell their store that they lived above and head out west. Their first stop was Northern California in a city called San Bruno. They lived there for a good amount of time and then headed south settling in the Fairfax area of Los Angeles which to this day remains very Yiddisha! My mother attended Fairfax High and excelled (kind of like Sydney) Extremely bright and brilliant to say the least. When she graduated Fairfax Highschool her and a few friends went to Mexico as a graduation trip. So in 1958 at 18 years old, she traveled to celebrate her accomplishments. While visiting she met and fell for a man who was in Medical School. After returning home, she shared the news of her newfound crush with my Grandparents. She informed them that she would like to move to Mexico for her higher education and to be with her newfound loved man. My Grandfather had ZERO toleration for such. He believed that a Jew should only marry a Jew. I don’t know how he would have felt about life the way it is now. Naturally, when she met my father, the Jew who spoke fluent Spanish was second best and they fell in love. My father was 11 years her senior. They were complete and total opposites but somehow, someway, they did it. My Mother's Legacy has never rested. I'd have to say that I'm probably the most family-oriented person I've come across and the Irony of it all is that My family is my immediate family is small. It's like the woman who so badly would like to get pregnant and can't and the woman who has so many children and ends up being a shitty mother. My mother, without a doubt, was a WOMAN OF VALOR (minus) the very religious part.
‍
“A WOMAN OF VALOR”
A woman of valor–seek her out, for she is to be valued above rubies. Her husband trusts her, and they cannot fail to prosper. All the days of her life she is good to him. She opens her hands to those in need and offers her help to the poor. Adorned with strength and dignity, she looks to the future with cheerful trust. Her speech is wise, and the law of kindness is on her lips. Her children rise to call her blessed, her husband likewise praises her: ‘Many women have done well, but you surpass them all.’ Charm is deceptive and beauty short-lived, but a woman loyal to G-d has truly earned praise. Give her honor for her work; her life proclaims her praise.
Although this reading is mostly true - My mother was a realist. She didn’t take any bullshit from anyone with the exception only of those she loved. If she loved you, you knew it and if she didn’t - YOU KNEW IT and FELT IT! She was my teacher, my mother, my first love, my Dr, my caregiver, my entertainer, my psychologist, my cheerleader, my maid, and much more. The absolute MOST IMPORTANTLY not only my mother but also my BEST-FRIEND. Without a doubt, and I’ll talk more about that later in a different subject category - her death in such a short time (3 months) which has left a huge hole in my soul - a most permanent void - at such a CRUCIAL part of my development from adolescence to adulthood and becoming a woman is probably the most pain I have ever felt besides living without her these past 30 years.
All My Love~M
04/02/2020

A Day I will always remember and will never forget

And just like that - I was welcomed to the world