This is my story! 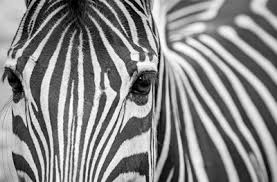 What can I say, I was born sick. Rumor (sadly the truth) had it that I was born with a hole in the middle ear which they thought was the reason why I had a double ear infection at birth as well. Kaiser Panorama City (that's where my beloved Dad fought with the bushes) wanted to operate and told my parents that I would have a 70% chance of going deaf from the surgery. My parents decided it was most definitely a NO GO and so it was. Then they decided to put a set of tubes in my ears as well as remove my tonsils and adenoids. So with that said, both my biological sibling 2.5 years and moi at 3 months old went into surgery and both had this procedure done. They thought it would help. Sadly, for me, it didn't.
My mother decided to keep Kaiser only as a MAJOR MEDICAL PLAN and go privately to a Pediatrician outside of the Kaiser Health System. I suppose even back in those olden days, HMO was not loved. She interviewed many Pediatricians and finally decided that Dr. Arnold "BUDDY" Zukow would be my mine. Our relationship with my Dr. was more like a lifetime then "just the normal kid doc" Even up until close to his death in 2018, we kept in touch. Onward, Dr. Zukow sent baby Michelle to an Ear, Nose & Throat expert in the ever so famous Beverly Hills, California. The drive I remember as a kid was so damn long. Going over Coldwater Canyon and feeling the pressure in my ears was pure agony. Luckily for me, my neighbors would share the drive with us so it wasn't so lonely and I'm pretty sure we would end up at Farmers Market for lunch. Fast forward several years, without being able to get my ears wet until the age of probably 14, the hole had finally been closed. I know by this time, I had several sets of tubes placed in my ears. OY VEY THESE EARS!!!
Being that my parents were cash-paying, later in life I had learned that mostly my ears and constant upper and lower respiratory infections and of course my parents helped build one of the most successful Pediatrician Offices in Encino, California on Balboa and the 101 FWY. There you would be able to see Dr. Arnold "Buddy" Zukow (biggest BRUIN FAN ON THE PLANET) Dr. Gettleman and Dr. Keer. These 3 were a huge part of my life as a kid. I'm sure I took up a ton of Dr. Appointments.
I have a vague memory of weekly allergy shots and gamma-globulin shots (in the tush, hurt like a bitch)and quite honestly I think I had taken any and every antibiotic known to "BIG PHARMA" by the time I reached a decade.
Still to this day, I wonder why my immune system wasn't examined.
One of the very last telephone conversations that I had with Dr. Buddy was about my CVID DX. I asked him straight up, WHY DID'NT YOU CHECK FOR IT? His response to me was, we didn't know back then. Luckily now, sometimes people are being dx much sooner than their almost 4th decade of life. I'll never forget - October of 2007 at 39 years old. I finally was given the reason why I had been sick, my entire life.
This is only the beginning of the blog entries that will follow, you will learn my story. My hopes in blogging about my illness is not only to bring awareness to Primary Immune Deficiencies and my specific disease but also in hopes that reading my story will help a newly diagnosed person or someone they love. So welcome to my Zebra Den where the rarest of the most beautiful people hang out. Yes, I am a ZEBRA - Why you may ask am I considered a ZEEB? I'll tell ya straight from The Zebra's mouth:
In Medical School Student Physicians are taught the saying, “when you hear hoofbeats, think horses, not zebras” and are taught to focus on the likeliest possibilities when making a diagnosis, not the unusual ones. However, sometimes physicians need to look for a zebra. People with PI are the zebras of the medical world"

My new weekly visit with an injectable

My PAIN is back with a vengeance :(

This is an update by Dr. Sullivan who is on the board at the IDF

Sharing this case-study for my fellow Zeebs!

Showing you my supplies and describing my SCIG infusion.

Accredo - What is that?

Ordering and Re-ordering my HIZENTRA

CEO of CSL Behring to the Hizentra Community

Just sharing an email with super information inside.

The Zebra in me explained!